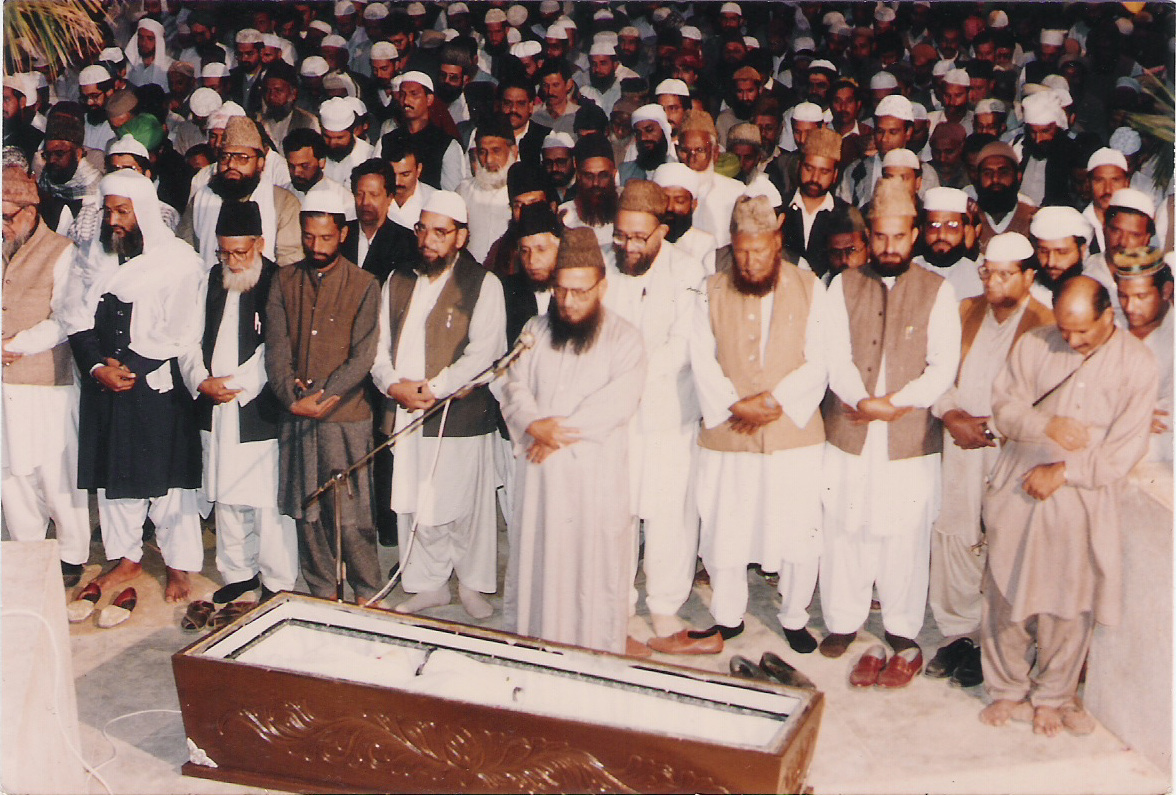 Salatul Janzah is Fard Kafayah, that is if one prays the prayer then all are bareeuz zimma [free of the responsiblity] otherwise all those who received the news but did not come are sinners. Jammat is not a condition for this prayer, it is sufficient even if one person prays, and to deny the fardiat, compulsion, of this salah is kufr, an act of disbelief.
There are two parts of this Salah:
1) To say Allahu Akbar four times
2) Qayam which was three Sunnat Mukeda: Sana, Durood Shareef, and Duaa for the deceased

Glory be to You Oh Allah, and praise be to You, and blessed is Your name, and exalted is Your Majesty, and there is none to be served besides You.|

Duaa for an adult man or woman:

The particular prayer for a deceased male child:

Some things to note about the Funeral Prayer: