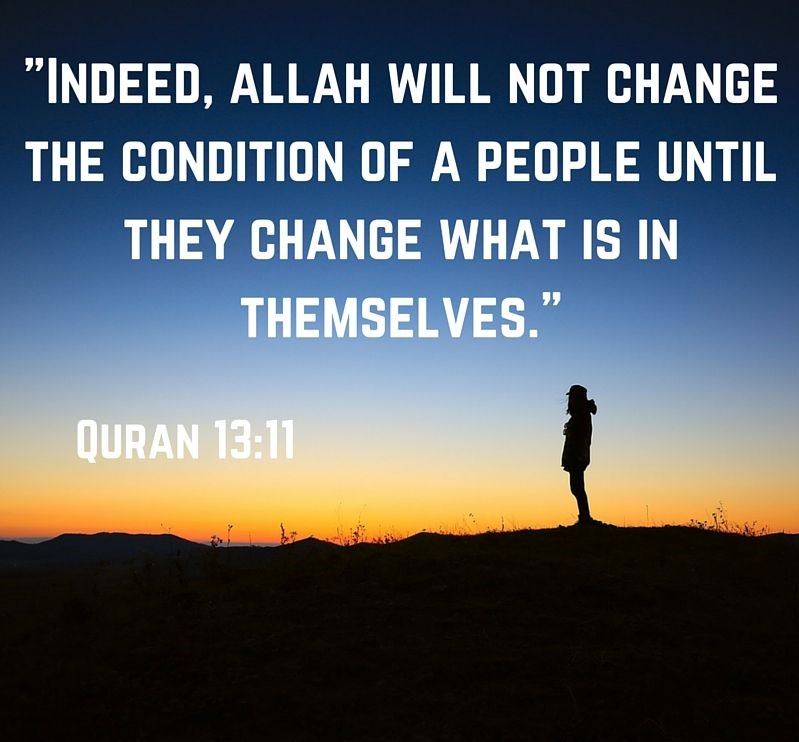 Many people find it incredibly testing when it comes to changing bad habits. We know some things we do from time to time are wrong, but we just cannot seem to stop. Gaining motivation and strength to fight undesired habits is not easy. What we repeatedly do in our daily life routine is known as habits. Our daily lives are usually a set of habits that we do throughout the day. Everyone wants to be a better version of themselves every other day. Allah says:

“And when those come to you who believe in Our verses, say, “Peace be upon you. Your Lord has decreed upon Himself mercy: that any of you who does wrong out of ignorance and then repents after that and corrects himself – indeed, He is Forgiving and Merciful.” (Surah Al-An’am, 6: 54)

We have all kinds of habits some are good and some are bad. We don’t realize earlier about bad habits when we realized about them it’s been too late to leave them. Our beloved Prophet Muhammad (SAW) warned us against bad habits and asked us to do good deeds if we want to get rid of bad habits. One of the most effective ways to do so is by changing many undesired habits to good ones. Speaking of which, it’s very difficult to be done. Changing habits can be challenging so that everyone who makes it would truly be better. Allah says:

“And they ask you, [O Muhammad], about the soul. Say, “The soul is of the affair of my Lord. And mankind has not been given of knowledge except a little.” (Surah Al-Isra` 17:85)

The relief from bad habits is to gain religious knowledge and to practice Islam. So, if we spend our days serving our religion, gain knowledge about it and try to inform others about the beauty of our religion, we will not have time for bad habits. Few things are more difficult than getting rid of bad habits since they are part of our daily routine and personality. It takes days of patience and practice to break old habits because it’s not going to end quickly.

Here is some effective framework to help us change negative habits into good ones:

Don’t be overwhelmed be patient and remember some simple steps mentioned below which will help you to change the bad habits successfully.

Changing your mindset is more than anything before changing your habits. Be sure of yourself that you can be better and you’re someone different from other people’s thoughts. In case you negatively think of yourself, change it before you change yourself. Allah says:

“Or like a rainstorm from the sky in it (are) darkness[es], and thunder, and lightning. They put their fingers in their ears from the thunderclaps (in) fear (of) [the] death. And Allah (is) [the One Who] encompasses the disbelievers.” (Surah Al-Baqarah 2:19)

Nothing good comes easy. If you want to change all of your undesired habits, be prepared for a rough journey ahead. When you are trying to be someone better, Allah SWT will test you to measure your intention and sincerity. Overcome all the bad habits once and for good.