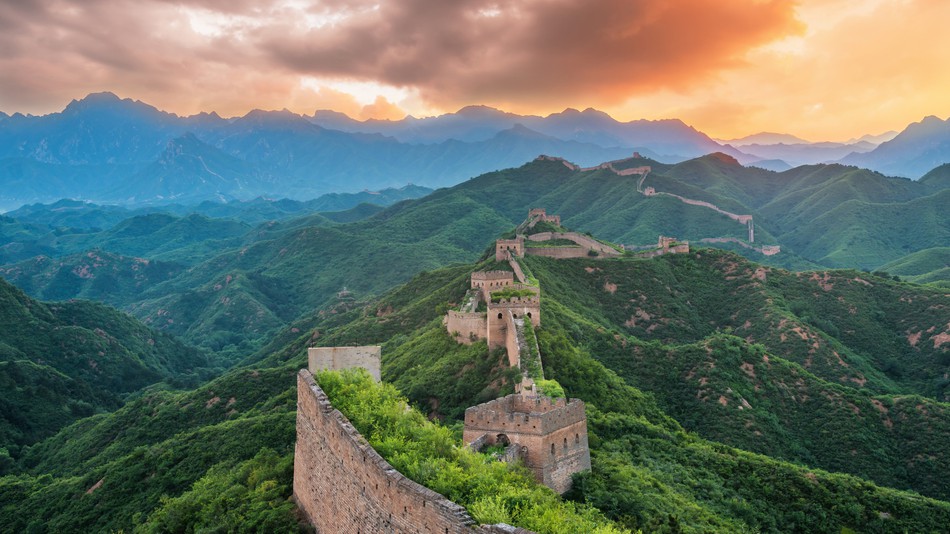 If you were to measure all the sections ever built, a new reports suggest the Great Wall of China could be a staggering 13,170.7 miles long. The most popular (and arguably the most beautiful) section was erected during the Ming Dynasty, and runs for 5,500.3 miles between Hushan to the Jiayuguan Pass. Even if you only take into consideration the main-line length of the wall (about 2,150 miles) it’s still the record-holding longest wall in the world.

For those wondering how tall the Great Wall of China is, the general answer is that the structure’s height varies considerably, from 15 feet all the way to 39 feet. At its widest point, the wall is 32-feet-thick.Originally built as a wartime defense, the Great Wall of China features many towers and passes. When Emperor Qin Shi Huang first proposed the so-called Long Wall, it was meant to defend the Chinese states against nomadic tribes from the north.

Despite its name, the Great Wall is actually a collection of fortifications, some of which run parallel to one another, while others are circular or side walls. There are even portions of the Great Wall that are natural barriers, like rivers or high mountains.The most popular times to visit the Great Wall of China are the first weeks of May and October — but travelers should expect massive crowds during these periods. “These are major holidays, and everyone travels,” explained Godwyn.

Every year, more than 10 million people flock to the Great Wall of China, making it one of the world’s most popular tourist attractions. In 2013, 10,720,000 tourists visited the Badaling and Mutianyu areas of the wall.Most experts on travel to the Great Wall will recommend skipping the train and opting for a hired car and a guide. They’ll be able to take you to less popular sections of the wall and can help navigate unexpected hiccups, such as road closures. A car is also the best way to maximize your time.