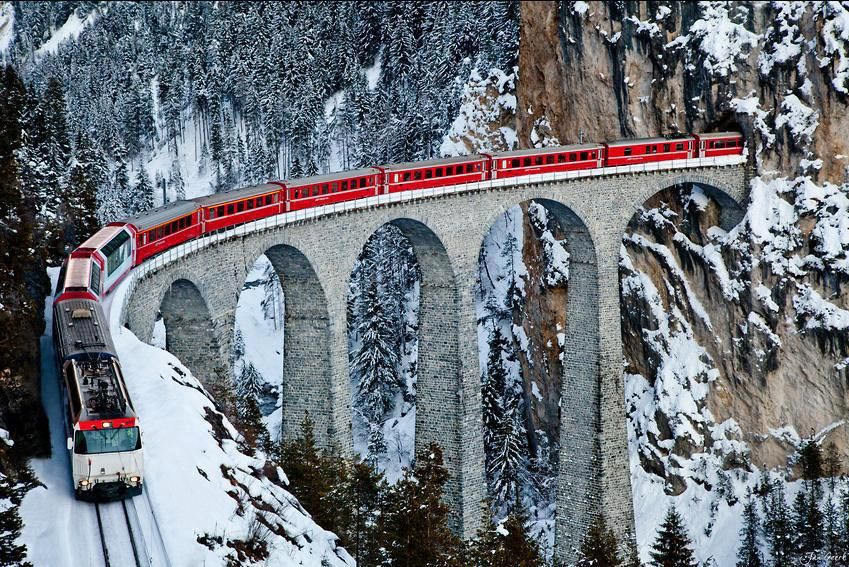 Switzerland is a mountainous Central European country, home to numerous lakes, villages and the high peaks of the Alps, it is known for its romantic landscapes,ice-laden panoramas of the Alps, rolling green pastures and iconic cities full of culture and history.

Switzerland – A perfect journey that takes you to the Top of Europe, Jungfrau and lets you experience the world’s first revolving cable car at Mt. Titlis. The geographical significances of this terrain are remarkable and can be explored at any time.

It is the scene for the journey to Hogwarts in the first Harry Potter film, which premiered 20 years ago. The movie adaptation of JK Rowling’s books was filmed here at the top of Loch Shiel in the West Highlands, to recreate the Hogwarts Express’s journey to the magical boarding school. It wasn’t the first time this curved bridge lit up the big screen, but for generations of fans, it put this area firmly on the map of Potter-themed places to visit.

In real life, the Hogwarts Express is the Jacobite steam train, which casts its own spell on passengers as it carries them across the towering viaduct on an enchanting 84-mile round-trip through some of Scotland’s most stunning scenery, passing Ben Nevis, the UK’s highest mountain, in the summer months. Now that’s magic.