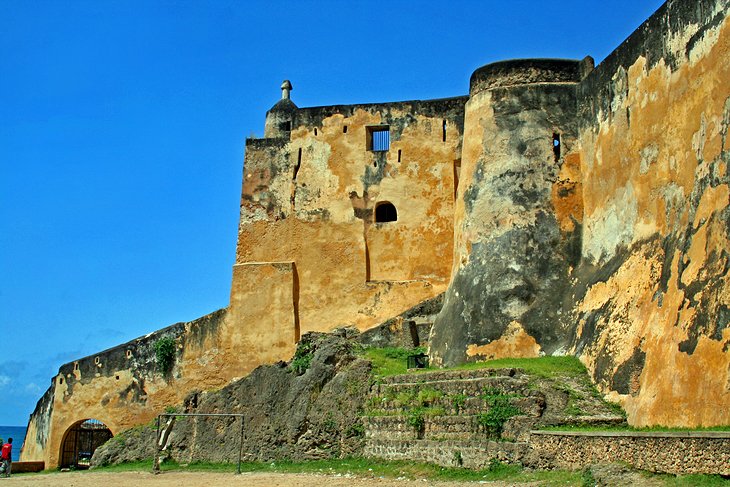 Fort Jesus is a fort located on Mombasa Island. Designed by Italian Giovanni Battista Cairati, it was built between 1593 and 1596, by order of King Philip I of Portugal, to guard the Old Port of Mombasa.Built in 1593 to 1596 by the Portuguese, Fort Jesus is a UNESCO World Heritage site and one of Mombasa’s top tourist attractions. Italian architect Cairati designed the structure, which is one of the world’s finest examples of 16th-century Portuguese military architecture. Built in the shape of a man, the fort was given the name of Jesus as a clear religious reference.

The fort changed hands nine times between 1631 and 1875 before finally resting with the British. Although partially ruined, Fort Jesus houses a museum built over the former barracks for the garrison. Exhibits include a vast collection of ceramics and pottery reflecting the various cultures that traded along the coast.

Fort Jesus has many battlements and ruined buildings within the compound, including Omani house, built in the late 18th century, which houses Omani jewelry and displays on Swahili life. The Passage of Arches was cut through the coral to give access to the sea.