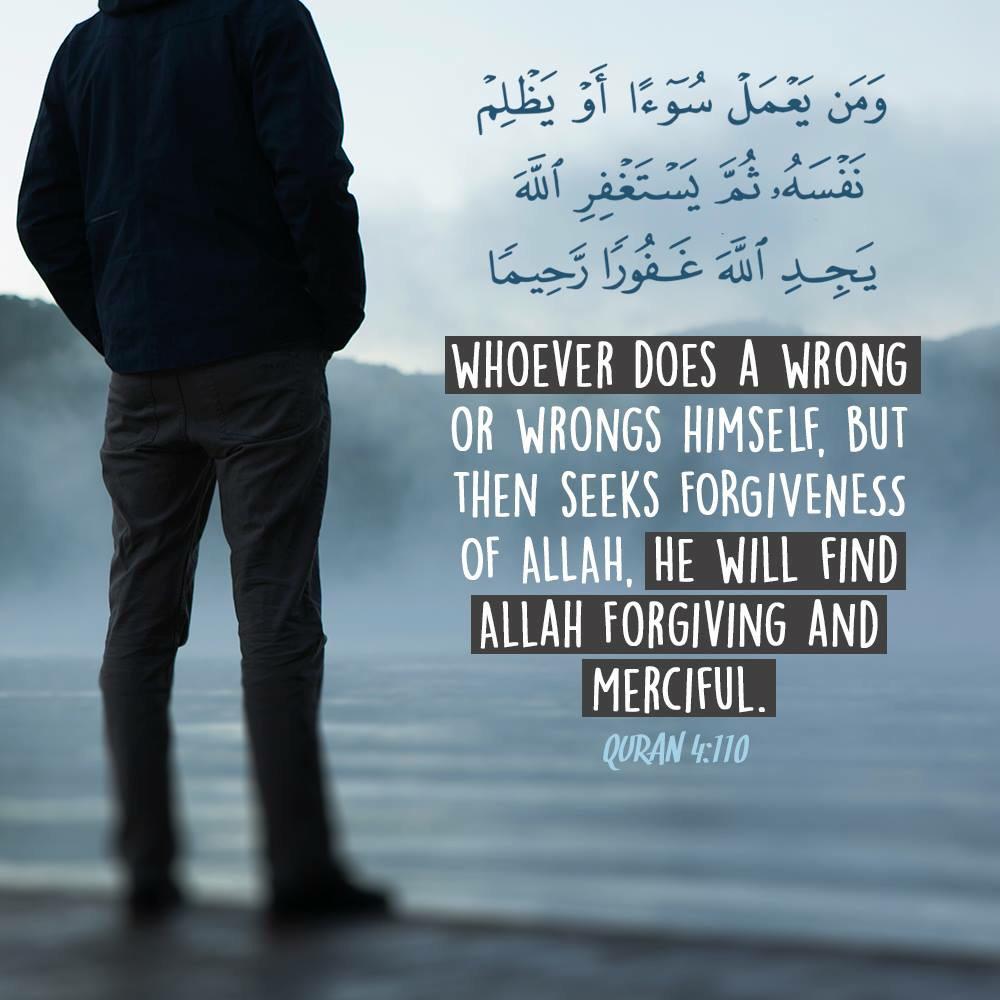 Allah SWT created us and He knows what is best for us. This is something we often seem to forget. Allah knows it can be very hard to really forgive someone who hurt you and in this ayah, we are given the greatest motivation to push ourselves to forgive; it’s Allah’s forgiveness. When we think of forgiveness we mostly think of Allah’s forgiveness and we forget how important it is that we also forgive. Allah says:

A human being is the source of mistake and sin. We are humans and are prone to sin, we are not perfect and make mistakes and sin daily, but sincerely asking for Allah’s forgiveness makes us from those who Allah loves. We need to remember both, because if we don’t forgive we do wrong in our relationship with Allah as well as in our relationships with each other. Allah says:

“The believers are those who spend in charity during ease and hardship and who restrain their anger and pardon the people, for Allah loves the doers of good.” (Surah Al Imran 3:134)

Forgiving others is crucial for our success in the Hereafter; one forgives to seek forgiveness. But forgiving others also brings lots of physical and spiritual benefits in this world. To inspire us to fight our ego and really try to forgive with our hearts and not only with our lips. A Muslim is to think better of Allah. No denying the fact that Allah is Mighty, Just and Wrathful, however, at the same time He is Merciful and forgiving.

Forgiveness is for our own growth and happiness, here is some importance of forgiveness in Islam:

Seeking forgiveness from Allah with repentance is a virtue. Human beings are not perfect. Forgiveness is a critical aspect of Islam as everybody makes mistakes in life and unintentionally commits sins. Muslims believe that Allah is Merciful and Forgiving. Whoever forgives others from the heart then Allah Almighty will give him a reward and we know Allah’s rewards are best of all. Allah says:

“Let them pardon and overlook. Would you not love for Allah to forgive you? Allah is Forgiving and Merciful.” (Surat An-Nur 24:22)

Forgiving yourself is an important part of being a Happy Muslim. We have all made mistakes in life. If Allah is willing to forgive us, then we should be willing to forgive ourselves too. Be sincere and ask for forgiveness from Allah sincerely, not because people told you to. It wouldn’t have any effect unless it comes from your deepest heart. This life is a test, Allah is going to test us through other people too.

Verses of the Qur’an about forgiveness Allah Almighty says:

Allah indeed forgives those who repent their sins. But it doesn’t mean you can repeat the same sins and ask for forgiveness again. Upon seeking forgiveness from Allah, make sure to yourself that you will never repeat the same mistake no matter what. Allah’s guaranteed forgiveness, but only for those who are sincere and never take the same wrong path again. Recognize anyone who might have been affected by your sins. Allah says:

“Show forgiveness, enjoin what is good, and turn away from the ignorant.” (Surat Al-Araf 7:199)

The fact that you are still alive and even have the chance to seek His forgiveness happens only under the blessing of Allah. Despite all the sins you have committed and violations of Allah’s faith, He still showered you with many blessings. Ask for His forgiveness because He still loves you even when you have disobeyed.  Allah Almighty is all-forgiving and pardoning we should seek forgiveness from Him and try to forgive others too. Allah says:

“The angels glorify and praise their Lord and seek forgiveness for those on the earth. Verily, Allah is the Forgiving, the Merciful.” (Surat Ash-Shura 42:5)

Allah is merciful and forgiving His servant’s sins even when it’s as many as the foam in the sea. The Quran repeatedly tells us to turn to God for forgiveness. We are encouraged to ask God’s forgiveness for ourselves as well as others. Allah accepts our repentance even though He knows we may fall into that same sin again, but by seeking forgiveness sincerely, Allah will constantly forgive. May Allah give us the strength to forgive others and also ask forgiveness from them! Ameen