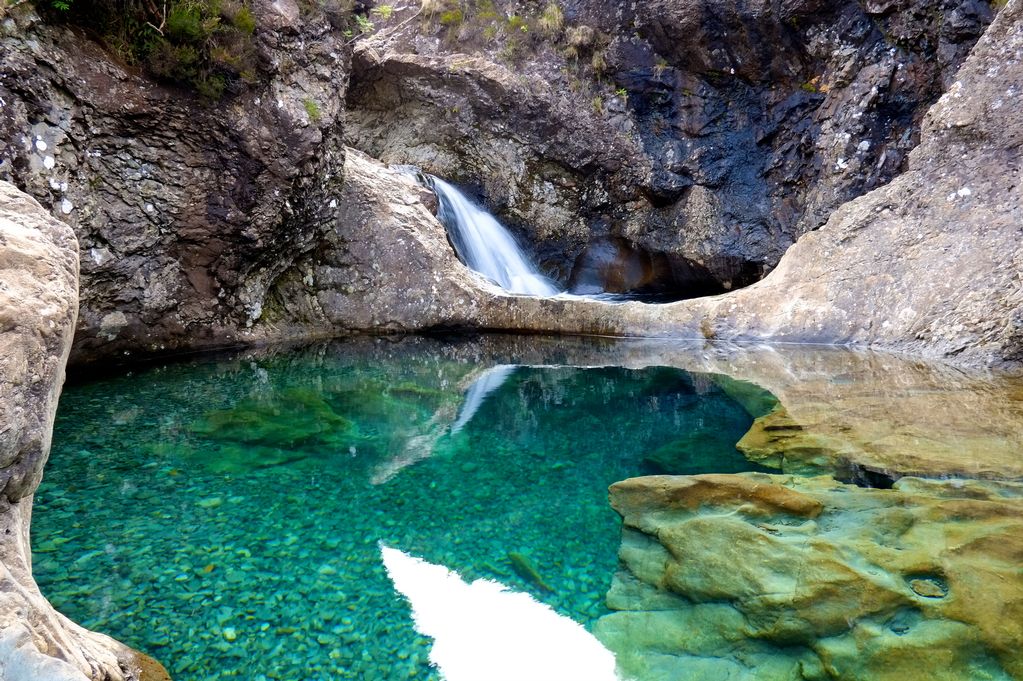 The Fairy Pools are a natural waterfall phenomenon in Glen Brittle, on the Allt Coir’ a’ Mhadaidh river on the Isle of Skye. The vivid blues and greens of the pools suggest an unnatural origin. They are a popular place for wild swimmers.The Isle of Skye, located on Scotland’s west coast, is an amazing landscape of grassy knolls, scenic hillsides, rock formations, and castles, where fairy folklore abounds.
Almost everywhere you turn, there is a place that looks as if it were a secret gathering spot for magic creatures, and there is usually a bit of local folklore to back that up. The sheer number of places named for Fairies should give an indication of how important folklore is on the Isle of Skye.
The Fairy pools are a series of waterfalls, popular with hikers and “wild swimmers.” The pools are crystal clear and surrounded by large rocky cliffs and walls, waterfalls, and lush foliage. The Fairy Glen is a series of miniature grassy hills, popular among tourists. A handsome rock tower known as Castle Ewen can be climbed fairly easily, and the grassy top is a a great spot for a picnic.