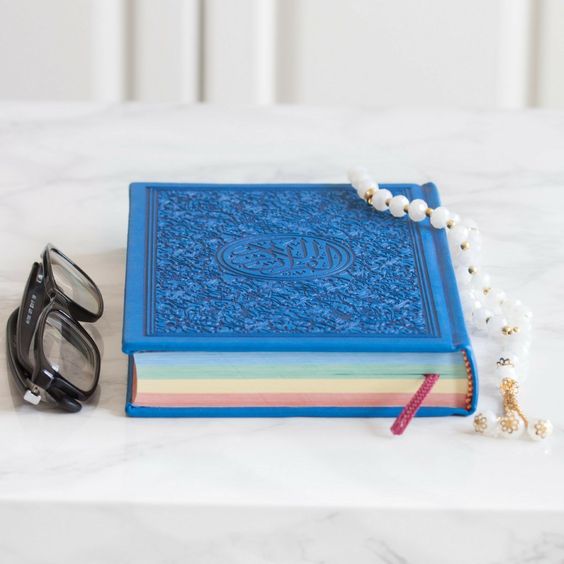 Islam overall is not a superstitious religion, as it rejects many types of superstition. The term “evil eye” usually refers to harm that comes to a person because of someone else’s jealousy or envy towards them. Many Muslims believe it to be real, and some incorporate specific practices to protect themselves or their loved ones from their effects. Others reject it as superstition or an “old wives’ tale.” Allah says,

The evil eye is intense jealousy or envy towards a person such that this gets converted into physical harm.  Of course, there is no such thing as an evil eye, but Islam teaches you how to protect yourself from it. Islam draws a Muslim’s attention whenever he/she beholds something great. One should say: “Whatever Allah wills are done, no power save with Allah” This is one of the strong precautionary measures against envy and oppression. Allah says,

“And He will provide him from (sources) he never could imagine. And whosoever puts his trust in Allah, then He will suffice him. Verily, Allah will accomplish his purpose. Indeed Allah has set a measure for all things.” (Surah At-Talaq, Verse 3)

Both are supported by many proofs from revealed texts and reasoning. However, they do not automatically affect a person and can never harm unless Allah wills so. Hence, they shouldn’t be a cause of fear or terror to anyone, for supreme power and might are for Almighty Allah alone and He is the Only One we should fear. It is in Him that we should seek protection against Satan and the evil eye. Allah says;

“Then He completed them (as) seven heavens in two periods and He revealed in each heaven its affair. And We adorned the heaven, [the world] with lamps and (to) guard. That (is the) Decree (of) the All-Mighty, the All-Knower.” (Surah Fussilat 41:12)

This means that one should never show any sign of being affected by envy, nor should one get overwhelmed with thoughts on it. Rather, one should show patience, for that will drive the envious or evil ones to doom. Allah says:

“That, and whoever has retaliated, with the like (of) that he was made to suffer by it, then he was oppressed [on him], Allah will surely help him. Indeed, Allah (is) surely Oft-Pardoning, Oft-Forgiving.” (Surah Al-Hajj 22:60)

In his commentary on the previous issue, Ibn Al-Qayyim states that the third precautionary measure against envy is to show patience rather than waging war against the envious or showing signs of being harmed by them. Nothing grieves or inflicts pain or even doom on the envious or evil one than seeing that his evil act or scheme has not affected the target. This is the effect of patience, reliance on Allah and putting one’s trust in Him.

As for precautionary measures against envy or the evil eye, one may do the following:

If a person remembers the favours Allah has bestowed on him and returns everything that he has wrongfully taken from people with the resolve not to return to such a sin again, this will bring him back to the right path. He will attain Allah’s forgiveness and this will drive him away from the evil eye.

“May you get relief and be protected from evil by the virtue of Allah’s Name.” (Muslim)

The drying up of the milk of nursing mothers and livestock, problems with the blood and eyesight, impairment of sexual activity, impotence, sterility, disorders in menstruation, problems in pregnancy and childbirth, deficient breast milk, mastitis, and among babies and young children, incessant crying and fretting, a baby’s refusal to suckle or drink milk and other symptoms include lack of rain, the drying up of wells, the withering of fruit, sudden loss to the business, and so on.

Treatment of Evil eye with Zikr and Dua

In the previous article, we learned how to cure a person with the method of washing. However, If the person who has put the evil eye is not known, then one can ask Allah to cure him by reciting some verses of the Quran and doing as prescribed in the Shariah. It will by Allah’s leave cure the affected person, as always have been.

The affected person should hold his hands up together and recite into them Al-Faatihah (1st Surah of Quran), Ayat-ul-Kursi (verse 255 of Surah Baqara 2nd Surah) and Al-Mu-awizaat (Last two Surahs of Quran), then blow into his hands and wipe them all over his body. This can be done by remembering Allah at all times and this is an impenetrable shield against Satan and his devils. Allah says:

“It touches you a good, it grieves them and if strikes your misfortune, they rejoice at it. And if you are patient and consciously revere (Allah) not will harm you their plot (in) anything. Indeed, Allah, of what they do (is) All-Encompassing.” (Surah Al-Imran 3:120)

What the Quran Say About the Evil Eye:

A person must engage in the remembrance of Allah as much as he/she can during the day and the evening, especially before going to sleep. Dhikr, in essence, serves as an armour for the believer and protects him/her from the evil that may try to infiltrate that armour. Hence, we must strive to do Dhikr and use ruqyah, as outlined by the Prophet (PBUH), to safeguard ourselves.

“May you get relief from the pain, cured of the disease, and be protected from envy and evil eye by the virtue of Allah’s Name.” (Reported by Muslim)

Allah has guaranteed victory for a victim of contempt or hatred, even if he has tried his best to avenge himself of the assailant. This means that a person who shows patience, despite being a victim of hatred and contempt, deserves strong support.

“The Messenger of Allah (ﷺ) used to seek protection against the evil of jinn and the evil eyes till Surat Al-Falaq and Surat An-Nas were revealed. After they were revealed, he took to them for seeking Allah’s protection and left everything besides them.” (At- Tirmidhi)

However, the evil eye can never harm unless Allah wills so. Hence, it shouldn’t be a cause of fear or terror to anyone, for supreme power and might are for Almighty Allah alone and He is the Only One we should fear. It is in Him that we should seek protection against Satan and the evil eye.

Allah has given His followers the tools to combat the effects of the evil eye and we should make it a habit to implement those tools in our daily lives to prevent the evil eye from affecting us and our families. Allah says:

“And whosoever fears Allah and keeps his duty to Him, He will make a way for him to get out (from every difficulty).” (Surah At-Talaq, Verse 2)

Islam has also drawn attention to a precaution against that effect. In the name of Allah, He will heal you, from any illness He will cure you, from the evil of the jealous when he gets jealous, and from the evil of a person with an evil eye. This is what the Prophet means by ordering us to utter Allah’s Glorification when we have something good: ‘Allah is blessed!’ Also, we can supplicate for the person by saying: ‘May Allah bless you!