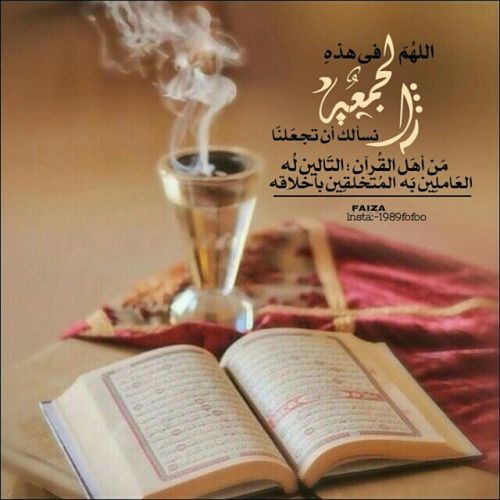 Islam is the complete code of life in which we can learn about all the things which we are facing in our daily lives. Islam is the religion of equality. We can take guidance from the Quran in which Allah Almighty mentioned the solutions to all problems. In the eyes of Almighty Allah, all people are equal but they are not identical in sense of abilities, potentials, ambitions, wealth and so on. Islam is the religion of peace and equality and it always spread the message of equality among Muslims because all Muslims are equal in the eyes of Almighty Allah. Allah says:

“O mankind, verily We have created you from a single (pair) of a male and a female, and have made you into nations and tribes, that you may know each other. Verily the most honoured of you in the sight of Almighty Allah is the most righteous.” (Surah Al-Hujurat 49:13)

Equality is a concept where the state of being equal especially in the form of status, rights and also opportunities. We all should know and remember that one basic element in the value system of Islam is the principle of equality. All are equal in the eyes of Almighty Allah the only distinction which Allah recognizes is the distinction in piety, and the only principle which Allah applies is the principle of goodness and spiritual excellence. Allah says:

“O mankind, indeed We have created you from male and female and made you people and tribes that you may know one another. Indeed, the noblest you in the sight of Allah is the most righteous of you. Indeed, Allah is Knowing and Acquainted.” (Surah Al-Hujurat 49:13)

Equality can be implemented in the areas of gender, race, disability, religion or faith, age, and so forth. In Islam as complete religion equality has been the foundation of their thought. Islam sees equality as an important matter for human beings. Since for Allah all human beings are equal, nothing can change their level besides their faith and worship to Allah SWT. Allah says:

“And whoever does [of] [the] righteous deeds from (the) male or female, and he (is) a believer, then those will enter Paradise and not they will be wronged (even as much as) the speck on.” (Surah An-Nisa` 4:124)

Islam did not prevent women from working, even they encourage all Muslims to provide benefits for society through various works. Men and women are created according to their natural capacity and proper function. That man can work hard and women with their tenderness and affection tend to be motherhood and take care of their families. As long as women do not neglect their main role in motherhood they are allowed to work and do activities. Allah says:

“He created you from one soul. Then He made from it its mate, and He produced for you from the grazing livestock eight mates. He creates you in the wombs of your mothers, creation after creation, within three darkness. That is Allah, your Lord, to Him belongs dominion. There is no deity except Him, so how are you averted?” (Surah Az-Zumar 39:6 )

One basic element in the value system of Islam is the principle of equality or equity. This value of equality is not to be mistaken for or confused with identicalness or stereotype. Islam teaches that in the sight of Allah Almighty, all people are equal, but they are not necessarily identical.

Equality in Islam roots from basic principles such as:

The Creator has created this universe on the principle that each one of its elements supplements and completes the other. In supplementing each other, these elements fill their respective voids. Day and night, heaven and earth, spring and fall all are manifestations of this principle. Still, the universe is the perfect example of harmony which reflects in each of its functions. Allah says:

If this harmony disappears due to different elements intruding into each other’s orbits, the universe will come to an end. On this very principle, man and woman are equal but different with separate working capacities and the edifice of the society rests on this principle. Allah says:

“So, when I have fashioned him and [I] breathed into him of My spirit, then fall to him prostrating.” (Surah Al-Hijr 15:29)

According to the Quran, everyone is equal in front of Allah, what matters and differ humans from each other is their actions in life and what they did during their living period on earth. The Quran urges without commanding, kindness to the slave and recommends their liberation by purchase or mannerism this is equality in Islam. Allah says:

“Your wives (are) a tilth for you, so come (to) your tilth when you wish, and send forth (good deeds) for yourselves. And be conscious (of) Allah and know that you (will) meet Him. And give glad tidings (to) the believers.” (Surah Al-Baqarah 2:223)

These two concepts of equality are polls apart in their basics and impacts. Equality is the mission of all Muslims since Islam forbid us to discriminate between people. They are all equal, even they are poor, disability or they have a different religion from us they are human in the sight of Allah SWT. Allah says:

“We have honoured the children of Adam, provided them with transport on land and sea; given them for sustenance things good and pure, and conferred on them special favours above a great part of Our Creation.” (Surah Al-Isra` 17:70)

If one belongs to the western school of thought then one should abandon Islam in this regard, but if someone believes in the Islamic concept of equality then one should forsake the other notion. Muslims must be careful about committing an act if they do not want to commit sins or violate the rights of others. In society, both men and women should have responsibilities according to their talents and they should have all the rights according to their responsibilities. Allah says:

Muslims can fight or against another person if needed, but it only can be done at the sake of an oppressed or tortured person who asks for help. Each one should work in his/her territory freely, to fulfil the purpose for which he/she has been created. Learn that every Muslim is the brother of another Muslim and that Muslims constitute one brotherhood and humanity by spreading the message of equality. Allah says:

“(He is) the Creator of the heavens and the earth: He has made for you pairs from among yourselves and pairs among cattle: by this means does He multiply you: there is nothing whatever like unto Him and He is the One that hears and sees (all things).” (Surah Ash-Shura 42:11)

And that is the explanation for the law of equality in Islam Muslims should know. We should learn from Islamic teachings on equality. So a man and a woman should, according to their natural inclinations and aptitudes, move in their respective orbits like the sun and the moon to carry out the divine will. Neither the sun nor the moon should have the liberty to trespass each other’s orbits.