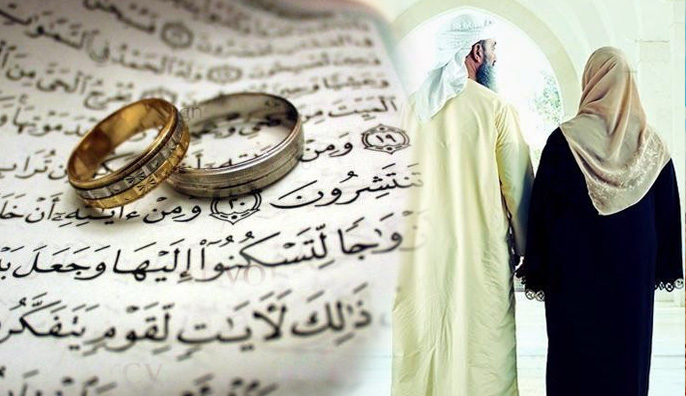 Marriage is one of the most loved sunnah of the Prophet (PBUH) in the eyes of Allah. Marrying early is loved even more and delaying marriage for no proper reason invites the displeasure of Allah. Hence we as Muslims should not delay our marriage at all if the blessing is knocking at us on our door. Allah understands that marriage brings about a great sense of responsibility and so it has been made a Sunnah for all and not a Fard. Allah says:

“Marry the unmarried among you and the righteous of your male and female servants. If they should be poor, Allah will enrich them from his favours. Allah is Bountiful and Knowing.” (Surah An-Nur 24:32)

Delaying marriage in Islam is forbidden. Once the word is out and you know that the two are gonna get married, delaying the Marriage is sinful. It is tremendously significant for Muslims to get the nikkah complete when it is recognized that the man and woman are going to be expenditure their lives together. Allah says:

“And Allah has made for you mates (and companions) of your nature, and made for you, out of them, sons and daughters and grandchildren, and provided for you sustenance of the best: will they then believe in vain things, and be ungrateful for Allah’s favours?” (Surah An-Nahl 16:72)

There are a lot of problems and disadvantages of late Marriages. Experts say 35 years and old consider as a late marriage. The biggest problem after late marriage is consumption and late marriages couples face a lot of difficulties in pregnancy. Fertility declined with the age of the female. There is a big misconception that man’s fertility has not declined, by the age of 35 to 40 man also decline his fertility. Allah says:

“And certainly, We sent Messengers before you and We made for them wives and offspring. And not was for a Messenger that he comes with a sign except by the leave (of) Allah. For everything (is) a time prescribed.” (Surah Ar-Ra’d 13:38)

Allah has ensured for those who want to get married especially if the intention is for seeking Allah protection, blessing, and reward. For those who are poor Allah will give them wealth. Therefore Muslims should not be afraid to step into marriage. We all know that Islam hates and forbid adultery. Adultery is one of the greatest sins, therefore we should prevent ourselves from conducting adultery. Allah says:

Effects of Late Marriage in Islam

“Except (he) who repents and believes and does righteous deeds, then (for) those Allah will replace their evil deeds (with) good ones. And is Allah Oft-Forgiving, Most Merciful.” (Surah Al-Furqan 25: 70)

And why do we defer it if Allah promises to give us rewards and His blessing if we perform it? Marriage is worship, a way for Muslims to get close to Allah and a chance to continue our offspring. Late marriage will give Muslims many effects. The greatest benefit of marriage is protection against a sinful life and the fulfilment of sexual desire through lawful means.

In Islam, marriage holds massive significance and has been given a holy figure. Each Muslim man and woman are well-ordered to make the most of their wedding and value their spouses for as long as they are alive. However, Islam also forbids the delay in this positive tie. Allah has given that much liberty and time for the man to stand on his own feet, or if the girl is remaining her studies, but the method of slow arrangements is disliked. Allah says:

Other effects of late marriage in Islam are :

As Muslims we should be aware of this matter, that marriage is a sunnah from the Prophet and a commandment from Allah SWT. So many verses and hadith stated that marriage is a great way to perform worship for Allah. Try not to get angry and don’t let yourself become too frustrated. Compromise on problems so that you both give a little. Allah says:

“And among His Signs (is) that He created you from dust then behold! You (are) human beings dispersing.” (Surah Ar-Rum 30:20)

Parents today need to realize that they have to let go of some of their culturally influenced beliefs, ideas, and desires related to marriage, to fulfil the moral responsibility of their children’s marriages promptly. The great benefit is the main objective of marriage and should be focused upon at the time of marriage; other benefits will then be achieved thereafter. Allah says:

“They know but the outer (things) in the life of this world, but of the End of things they are heedless.” (Surah Ar-Rum 30:7)

However, most of the time, it is the parents’ ideas in life, the upbringing they impart to their children, the values that govern their actions, and the pre-conditions that they hold fast to regarding how, where, when and to whom their adult son or daughter gets married, which directly or indirectly obstruct their children’s timely marriage. Allah says:

Hence we should get married as soon as possible to avoid falling into sin. We are humans and with limited self-control. That is why Allah has made rules that we ought to follow. Every Sunnah of the Prophet has a reason, getting married early solves the problem of committing major sins and we must embrace it openly