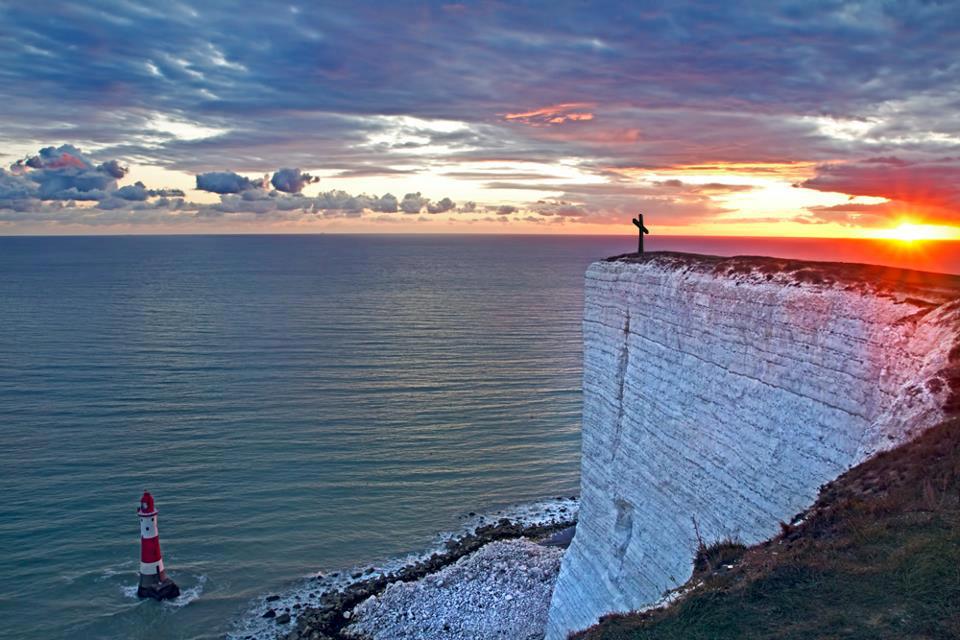 It is situated close to Eastbourne, immediately east of the Seven Sisters.Beachy Head is located within the administrative area of Eastbourne Borough Council which owns the land. The cliff is the highest chalk sea cliff in Britain, rising to 162 meters (531 ft) above sea level.

Wave action contributes towards the erosion of cliffs around Beachy Head, which experience frequent small rock falls. Since chalk forms in layers separated by contiguous bands of flints, the physical structure affects how the cliffs erode. Wave action undermines the lower cliffs, causing frequent slab failures – slabs from layers of chalk break off, undermining the upper parts of the cliffs, which eventually collapse.In contrast to small rock falls, mass movements are less common.