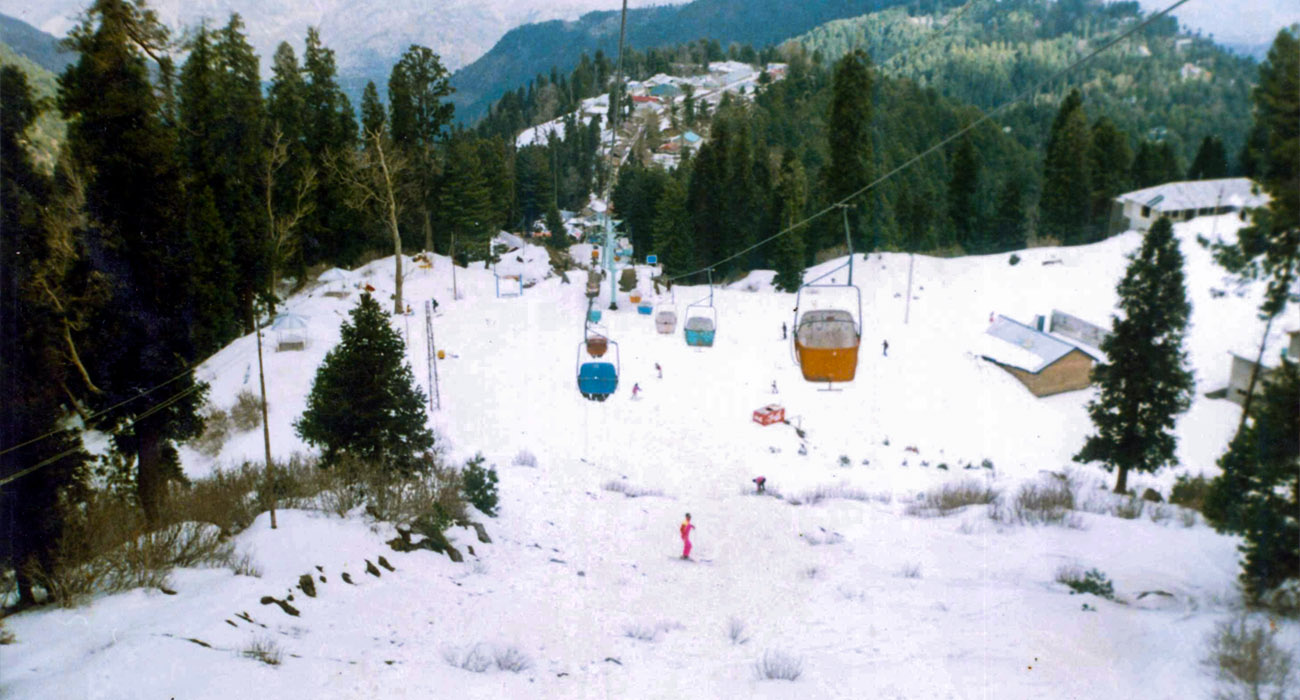 Ayubia National Park, also known as Ayubia, is a protected area of 3,312 hectares located in Abbottabad District, Khyber Pakhtunkhwa province, Pakistan. It was declared a national park in 1984. Ayubia was named after Muhammad Ayub Khan, second President of Pakistan.

Ayubia was named after Muhammad Ayub Khan (1958–1969), second President of Pakistan. The area supports temperate coniferous forest and temperate broadleaf and mixed forest ecoregion habitats, with an average elevation of 8,000 feet (2,400 m) above the sea level.

Ayubia National Park is surrounded by seven major villages and four small towns of Thandiani, Nathiagali, Ayubia and Khanspur. The park has been developed as a resort complex from a combination of four mini resorts of Khaira Gali, Changla Gali, Khanspur and Ghora Dhaka in Galyat.Currently, it is managed by the Wildlife and Parks Department of Government of Khyber Pakhtunkhwa.

Covering an area of approximately 3128-hectare acres, this place is specifically one in KPK that is home to migrating birds and animals prone to extinction threat. The black bear and leopards dangle in common sight. Two species: Koklass Pheasant and Kalij Pheasant – specifically subjected to extinction – are found here.

One’s inner child and sense of adventure come into play upon adventure because it is surprising to witness such animals here. If you happen to be keen of hiking, tramp along the pipeline which leads to Dunga Gali after passing through Ayubia National Park. However, one must be sure since this 45-minute voyage can overwhelm with picturesque beauty of River Jhelum and hills dressed in pine.