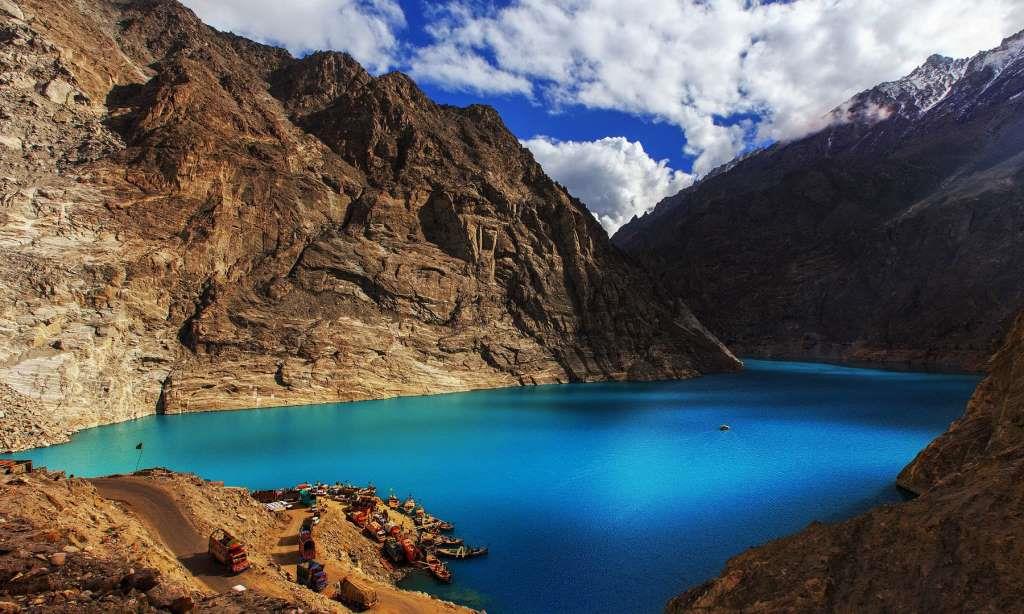 The lake was formed due to a massive landslide at Attabad Village in Hunza Valley in Gilgit-Baltistan, 9 miles (14 km) upstream (east) of Karimabad that occurred on 4 January 2010.The landslide killed twenty people and blocked the flow of the Hunza River for five months.

The lake flooding has displaced 6,000 people from upstream villages, stranded (from land transportation routes) a further 25,000, and inundated over 12 miles (19 km) of the Karakoram Highway.The lake reached 13 miles (21 km) long and over 100 metres (330 ft) in depth by the first week of June 2010 when it began flowing over the landslide dam, completely submerging lower Shishkat and partly flooding Gulmit.

The subdivision of Gojal has the greatest number of flooded buildings, over 170 houses, and 120 shops. The residents also had shortages of food and other items due to the blockage of the Karakoram Highway.By 4 June water outflow from the lake had increased to 3,700 cu ft/s (100 m3/s).

Water levels continued to rise in 18 June 2010 caused by a difference in the outflow and inflow of the new lake. As bad weather continued, the supply of food, medicine and other goods was stopped as all forms of transportation including helicopter service to Hunza could not resume.[