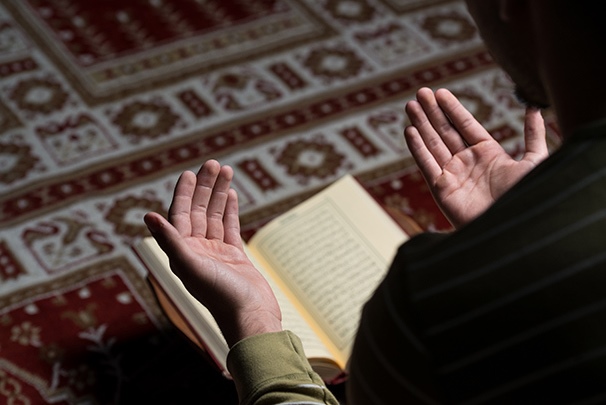 Men and women are equal in Islam by default, in terms of spirituality, morality, and value. They are only different in so far as there are natural differences between genders, and even these natural differences, while generally true, always have exceptions. Men and women all descended from a single person – the Prophet Adam (peace be upon him). Islam does not accept for either of them anything but justice and kind treatment. Allah says:

One gender is not inherently ‘superior’ or ‘better’ or ‘smarter than another. Rather, both genders complement each other for their respective strengths and weaknesses; only by their harmonious union can new life begin. As a universal truth, the only quality that makes one individual better than another is mindfulness of Allah and righteousness (al-taqwa). Allah says:

“O people, We have created you male and female and made you into tribes and nations that you might know one another. Verily, the most honoured of you to Allah is the most righteous of you.” (Surah Al-Hujurat 49:13)

In this respect, men and women are spiritually and morally equal, as their good deeds are rewarded in the same measure. Men are partners with women and their equals in jurisprudence by default, except in the few cases where they are different. When Allah addresses people with the male grammatical form, it is always a general address to both men and women unless there is an indication otherwise.

The woman is recognized by Islam as a full and equal partner of man in the procreation of humankind:

If we compare Islam to other religions, we see that it offers justice between the sexes. For example, Islam dismisses the idea that Eve is more to blame than Adam for eating from the forbidden tree. According to Islam, Adam and Eve both sinned, they both repented and God forgave them both. Given that Allah does not favour one gender over the other in His attention to us (and it helps to remember that Allah is neither male nor female), we can now address the differences between the genders in Islam. First, men and women are not the same as we know. Allah says:

Men and women are different in their composition, and in their responsibilities under Islam. However, both are bound by obligations to one another, especially the following important one which must be understood in any discussion on men and women.  Allah says:

A problematic discourse among Muslim men is the claim that men are by nature ‘better’ than women as a universal metaphysical truth, which leads them to devalue women and disrespect their autonomy. Although women did not fight on the frontlines per se, their contribution was critical to the community’s victory. It is further claimed that men are ‘better than women because men have been given a ‘degree’ over them. Allah says:

“Allah created you from dust, then from a drop, then He made you into mates.” (Surah Al-Fatir 35:11)

They are called ‘pairs’ because they are in need of each other; one could not exist without the other. It would be nonsensical to say that positive electric charges are ‘better’ than negative electric charges while both are needed to produce electricity. Similarly, it is nonsensical to say men are ‘better’ than women while they both require each other. A man inherits more only because he is responsible for more. Allah says:

“Then do they not see that We set upon the land, reducing it from its borders?” (Surah Al-Anbiya 21:44)

By default, men and women are equal to each other in terms of honesty and piety, but because women in this context were afraid that they might forget some details of the contract, they were told to include another woman to help one another remember. In fact, the testimony of two women outweighs the testimony of one. Allah says:

“Have they not seen that We set upon the land, reducing it from its borders?” (Surah Al-Rad 13:41)

Given that husbands are obligated to provide for wives, and that marriage is a highly recommended goal of Islam, it is easy to see why women’s inheritance share is half that of men. We note also that men are obligated to provide a suitable dowry to women on marriage. In fact, it is preferable at this point to speak in terms of husbands and wives instead of men and women.

Allah emphasizes the just treatment and reward due to both men and women in many verses of the Quran:

While men are allowed to marry up to four wives, they are also commanded to meet the preconditions of being able to financially support them. They must also deal with each wife justly and fairly with respect to marital and economic obligations. Thus, absolute equality between men and women in all matters is neither possible nor reasonable.  But this does not mean bias in favour of men to the detriment of women.  While some rulings may be seen to favour men, many others favour women. Allah says:

Men and women are two equally important component parts of humanity, and the rights and responsibilities of both sexes in Islam are equitable and balanced in their totality.  Although their obligations might differ in certain areas of life in accordance with basic physical and psychological differences, each one is equally accountable for his or her particular responsibilities.