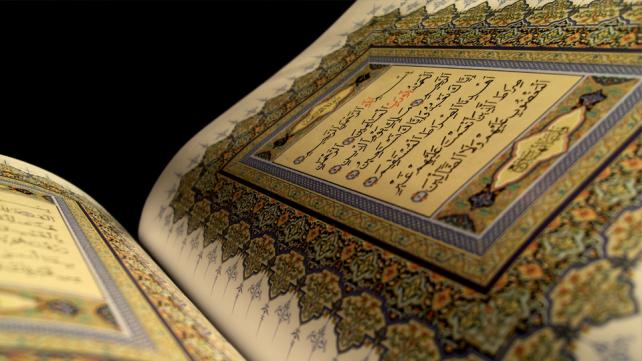 Blessed is he who is born a Muslim. The life of every Muslim is surrounded by advice and warnings; the verses of the Holy Quran and from prophet Nuh (RA) to Prophet Muhammad (SAW) were all sent to advise and warn humanity of the bounties of the hereafter and the punishment that awaits the non-believing men and women. Allah says:

In a day where social media has become the biggest procrastinator to affect us (you might have encountered this article by doing exactly this!), the Prophet warns of two potential dangers this presents. Whereas social media initially allowed friends and family to keep in touch, it is now inundated with viral videos and entertaining forwards – we are all guilty of lazing around for hours on end scrolling down and refreshing our feeds with no real purpose.

Some pieces of great advice from Prophet Muhammad (PBUH):

Every action against the command of God should be significant for a true believer. It is dangerous when we start to disregard our sins, because either our belief is waning, or it shows a disconnection with God. The Prophet goes on to explain why each sin is significant with a quite remarkable quote:

Try to incorporate the Quran into your daily schedules, make sure a day hardly passes with you reading the Quran. Listen to Quranic recitations and ponder upon the teachings and meanings of the verses.

Pieces of Advice from the Quran:

Quran: For All Mankind

The Qur’an is a sacred book sent by Allah of all creation. It is a book for all human beings. It was in the seventh century AD that Islam came to the world. According to the Islamic belief, God sent the same religion to every nation that is, Islam. The only distinctive quality of Islam, as regards Prophet Muhammad, is that while the messages sent to previous prophets got distorted, the original text of the message sent to Prophet Muhammad has been fully preserved. Allah says:

“Hold firmly to the rope of Allah all together and do not become divided. Remember the favour of Allah upon you, when you were enemies and He brought your hearts together and you became brothers by his favour.”(Surah Al Imran 3:103)

The Quran, the last of the revealed books, endorses all the revealed books, which preceded it. But this endorsement applies to them only in their original, pristine versions. The Quran addressed directly to mankind, tells us of God’s scheme for human existence: that man is placed on this earth to be tested. The freedom he has here has not been given him as a matter of right, but as a means to allow him to prove his moral fibre. It is the outcome of this test, which will ultimately decide man’s eternal fate. Allah says:

It is asserted in the holy book that human beings are eternal creatures, yet only an infinitesimal part of their lifespan has been assigned to the present world, while the remainder has been ordained for the Hereafter. Try as much as you can to use your little free time for zikr — like when in the elevator, on the bus, while waiting in the lounge, when climbing the stairs. Use this moment to send as many salutations as you can upon the Prophet (peace and blessings be upon him). Allah says:

“Remember your Lord in yourselves with humility and in private without announcing it in the mornings and evenings, and do not be among the heedless.” (Surah Al-A’raf 7:205)

Each time you make dua, don’t be like the selfish people who always pray for themselves alone. Try to include your family, friends, parents especially those that have passed on because they can’t pray anymore; they depend on the du’a of the living.