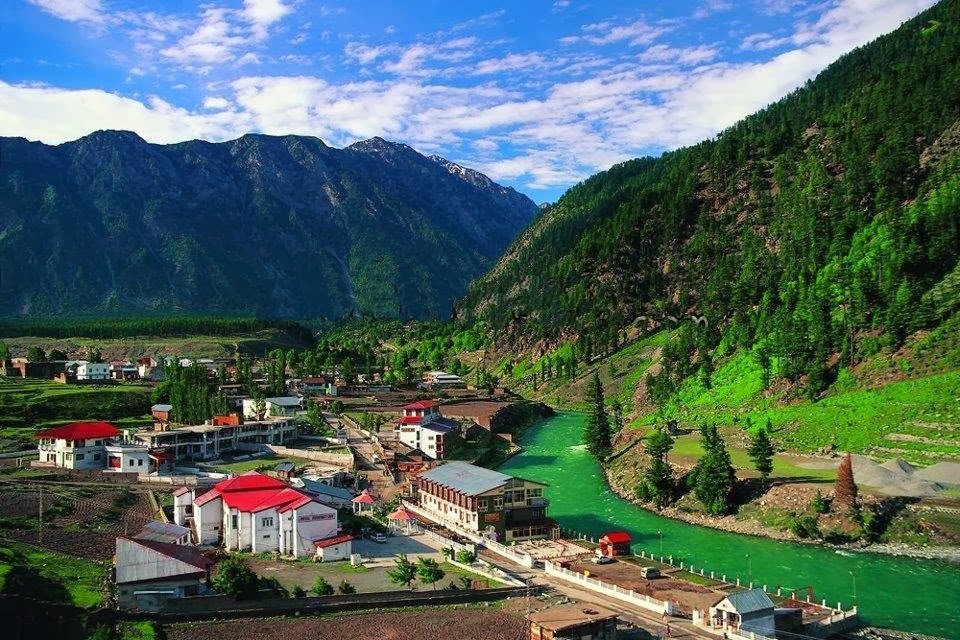 The lush green and historic Swat Valley. In the Malakand Division lies between 34’40’ to 35′ N latitude and 72′ to 740-3 E longitude and is part of the Provincially Administrated Tribal Area (PATA) of the Khyber Pukhtunkhwa province of Pakistan. The valley is an integral part of the strategic and significant region where three parts of the Asian continent—South Asia. Central Asia and China meet.The names found in ancient sources for Swat are Udyana and Suvastu because of the scenic beauty of the valley and the name of the river respectively.

The magnificent Swat Valley popularly known as the Switzerland of Pakistan. is situated north of Peshawar In ancient times it remained centre of then flourishing Buddhist civilization still having its remnants found at various places. Its old name was Udyana (Land of Gardens).

Scenic view of the Takht-i-Bhai Buddhist Monastery in the Swat valley in Pakistan. .Taxila, the main centre of Gandhara, is over 3,000 years old. Taxila had attracted Alexander the great from Macedonia in 326 BC, with whom the influence of Greek culture came to this part of the world. Taxila later came under the Mauryan dynasty and reached a remarkable matured level of development under the great Ashoka.