Six Kalmas of Islam is containing the 6 fundamental Kalmas required for complete faith in Allah. These six Kalmas are the essence of Islam. Many Muslims remember the first Kalma only.

Kalma is an assembly of a few words that is the identity of a Muslim. Kalma is the basic principle that connects the person to the Islamic spirit.

Each Kalma has its own importance and each word in a Kalma helps in the increase of Iman.

Memorizing all the six Kalma brings purity of heart and increases faith in Allah.

Benefits of six Kalma of Islam

The biggest benefit of 6 Kalma of Islam is that you will always have the guardian of faith with you on your phone. Whenever you are feeling low on faith or stressed out, you can read the Kalmas and refresh your faith. This app is useful for both kids and adults as Muslims of every age are required to know the fundamental Islamic Kalmas.

Meaning: The word of Purity (Tayyabah).There is no worthy of worship except ALLAH and Muhammad Sallallahu Alaihe Wasallam is the messenger of ALLAH. 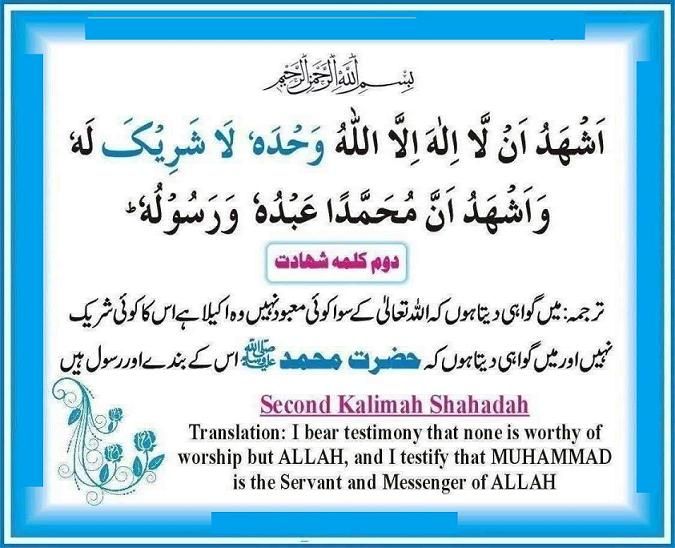 It is the declaration of belief and faith in Islam. The acknowledgment of the truth brings peace and humility in life.

In the Holy Quran Allah Pak addresses Muhammad (Peace be upon him):

The moment you say these words from your mouth and believe them from your heart, you are a Muslim.

The kalma has many benefits; the first benefit is humility that comes with it.

Nobody is a good Muslim unless and until they are first good human beings.

The acknowledgment of the fact that there is a higher power to which the man is accountable for its actions, according to some specific rules explained in the doctrine of truth “The Holy Quran”.

Surely, Lá iláha illalláh is the Word of Islam and the key to the dwelling of Peace (Paradise). The kalma rejuvenates the concept of piety. The most precise and subtle announcement of One God, this itself makes this kalma divine and heavenly. In the first part of the kalma man denies the divinity of anything and anyone except Allah; accepting him as the only one worth worshipping.

Acceptance of Prophet Muhammad (Peace be upon him) as the last and final messenger is the latter step that completes the transformation into a Muslim. Allah says:

To believe in One Allah, all the Prophets of Allah, the Holy books, the Angels, the Day of Judgment and Predestination are the articles that complete the faith.